My new Nero Wallets just arrived and I wanted to share some photos, this is not a feature breakdown nor a full review but I plan to do that later after I have used and abused the wallets a little. 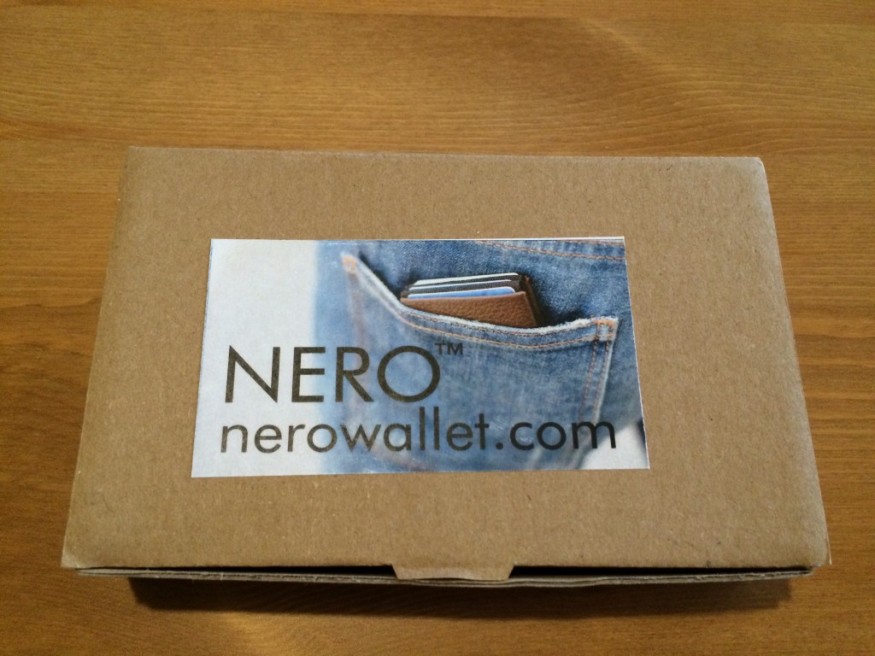 I was looking for a new RFID blocking wallet as was concerned about the security of my payment cards, but also wanted a wallet with RFID pass through as I soon to start commuting and wanted to keep my Oyster card accessible. 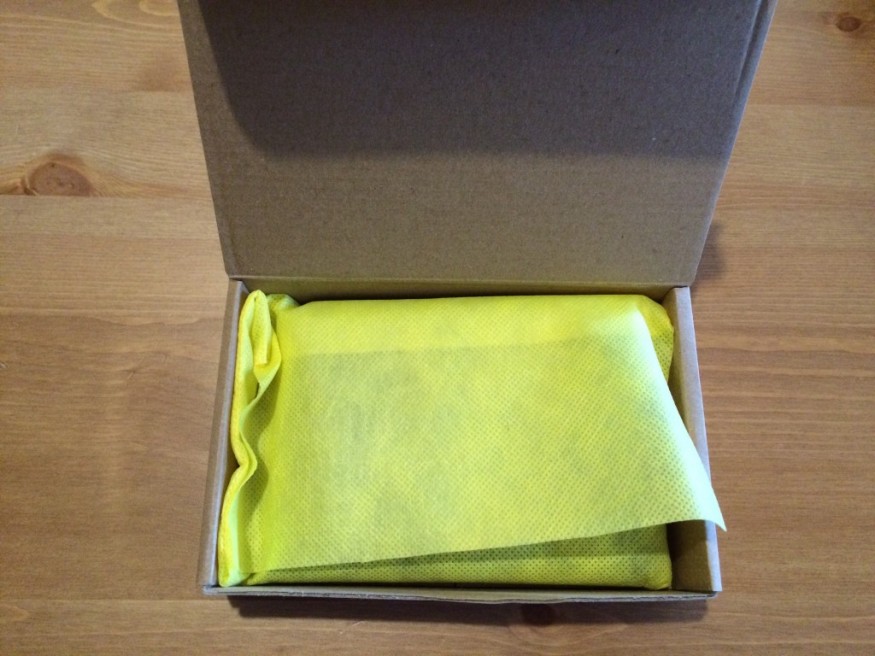 After looking in a few places online I wasn’t over enamoured by most of the wallets within my budget, so I decided to look on Kickstarter 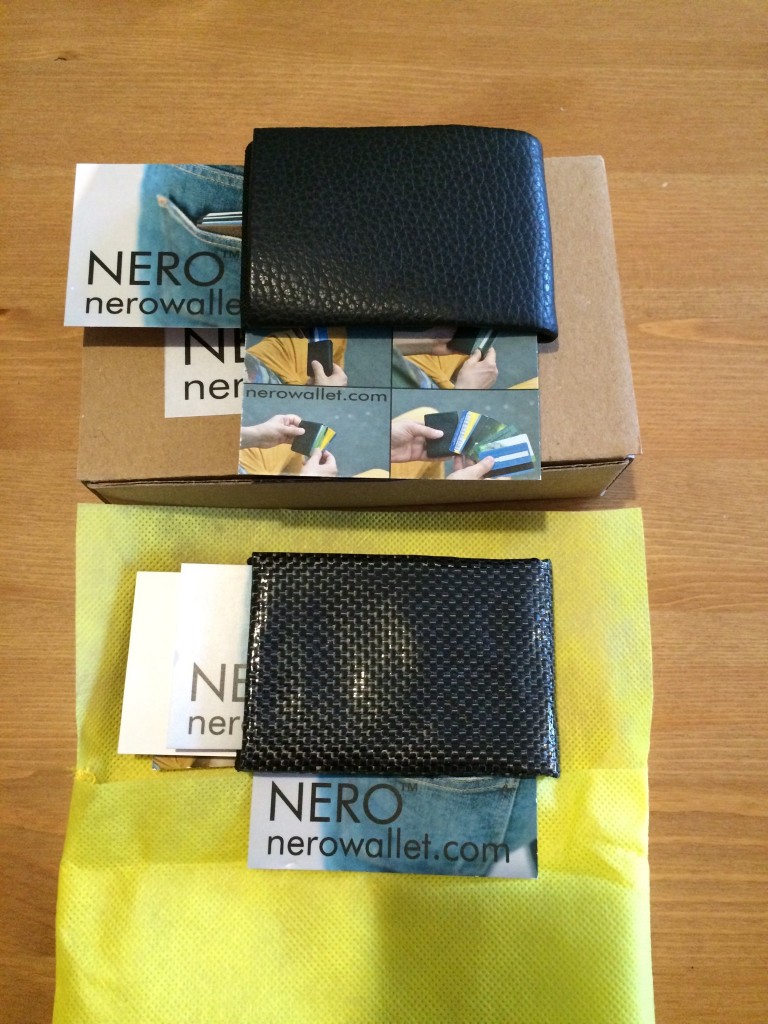 After searching for quite a while I found two wallets that I liked. One was the DM1: Decedent Minimalist 1 and the other was the Nero Wallet. Ultimately I decided to go with the Nero Wallet as the DM1, although beautiful was a bit of a departure from any wallet I had in the past, them all being leather since the age of about 16. 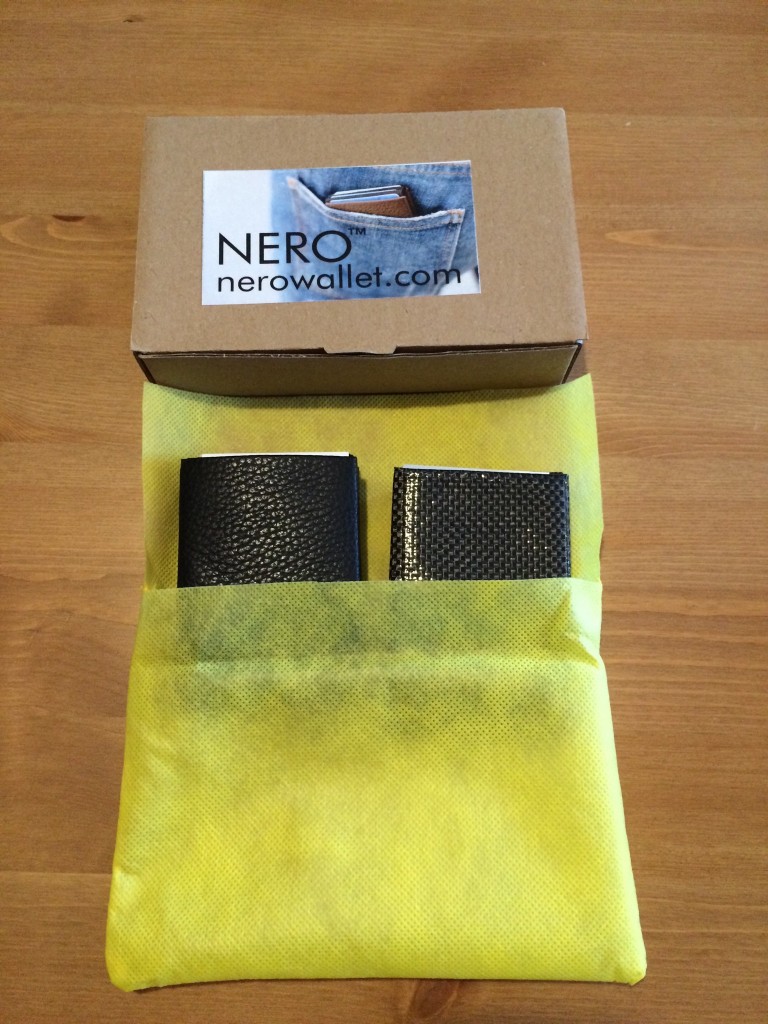 So I decided yes I’d get the Nero Wallet, but this being my first real foray on to Kickstarter I hadn’t noticed that the funding date had been reached! Fortunately for them so had the amount so the project was a go and I thought oh well you win some you lose some. A couple of days later, when I was up in Central Working in Shoreditch when talk of the lack of security of RFID came up again and I told the people I was talking with about this awesome wallet I found on Kickstarter; whilst searching for the project via Google I found that nerowallet.com had been launched and immediately bought the black leather wallet with 4 RFID protected pockets and one pass through that I had decided on. 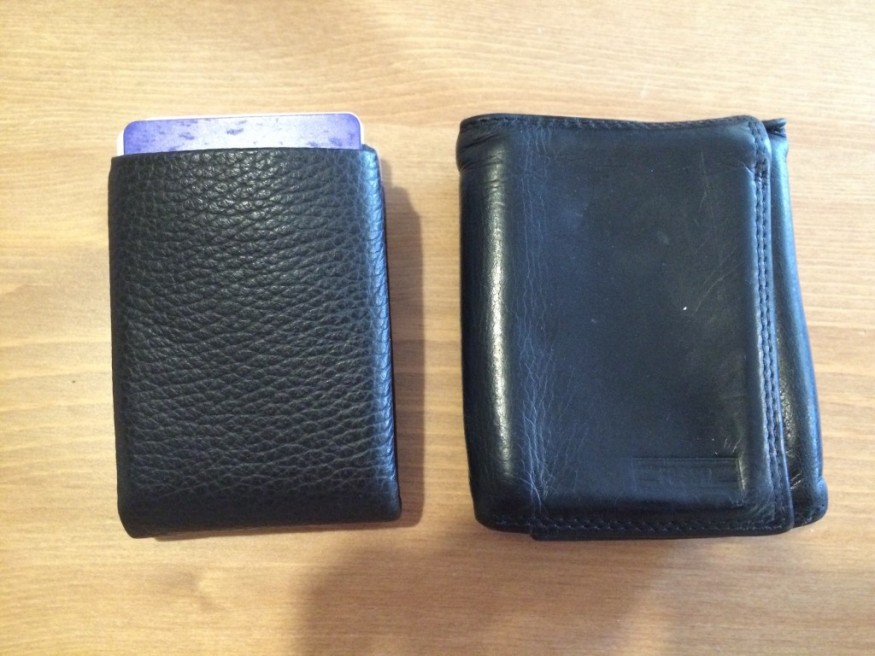 A day later I received an email from Andra at Nero Wallet’s telling me that I was their very first customer via there online shop and as such the would offer me a free gift of any another wallet at the same price. After a little negotiation (and a bit more money sent their way) I ordered one of their black carbon fibre wallets as well. 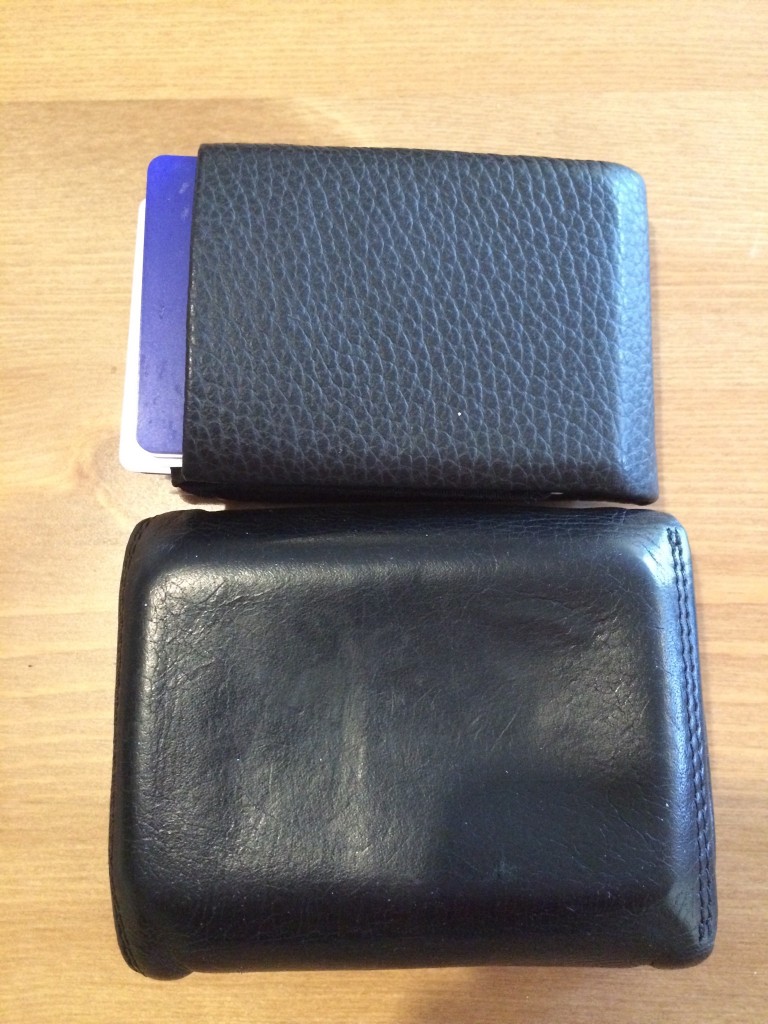 Throughout the process of buying the wallets through to delivery I must say I have been very happy with the level of communication from Nero Wallets; they explained that this was a new product and when I could expect to take delivery, and communicated again when it was shipped (which took 6 days). The wallets were packaged minimally, but well presented with Nero Wallet business cards in all the pockets with a printed note on the card in the pocket that has RFID pass through. 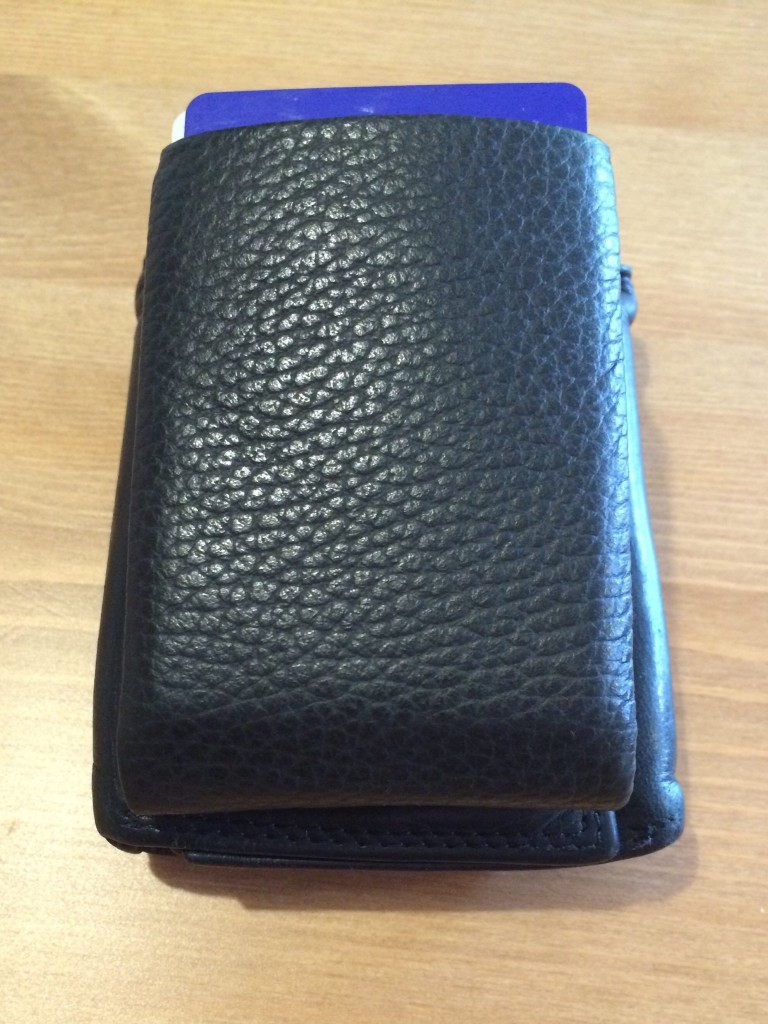 So far I am very impressed with the leather wallet, with it easily fitting the 16 plastic cards, 8 or so cardboard reward cards and my notes in something that full is smaller than my now empty old wallet. 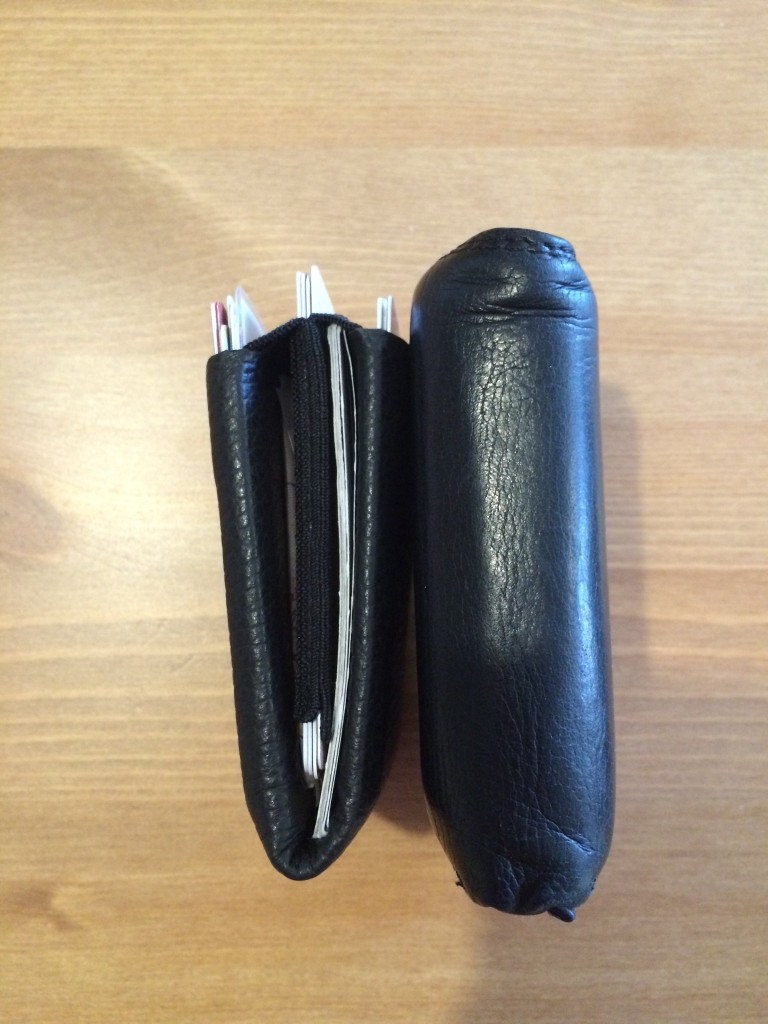 The only thing I have seen so far which could be improved upon is that with the wallet empty of the business cards it came with it is not 100% clear which is the RFID passthrough if you drop it in the process of filling it. I am taking a guess that it is the pocket that feels a little less stiff (Andra if you read this please confirm) and will know for sure as soon as I try to use my Oyster card next week!

Edit: Once again proving their commitment to customer service about an hour after posting this Andra & Leo emailed me the following “Since your wallets were the first ones sent (the very first package we made) and we were so excited, I believe we missed placing inside the box the RFID pockets explanatory note. For this we apologize.
The NO RFID protection pocket is situated on the outer side above the inside pocket with the NERO Wallet emblem.” 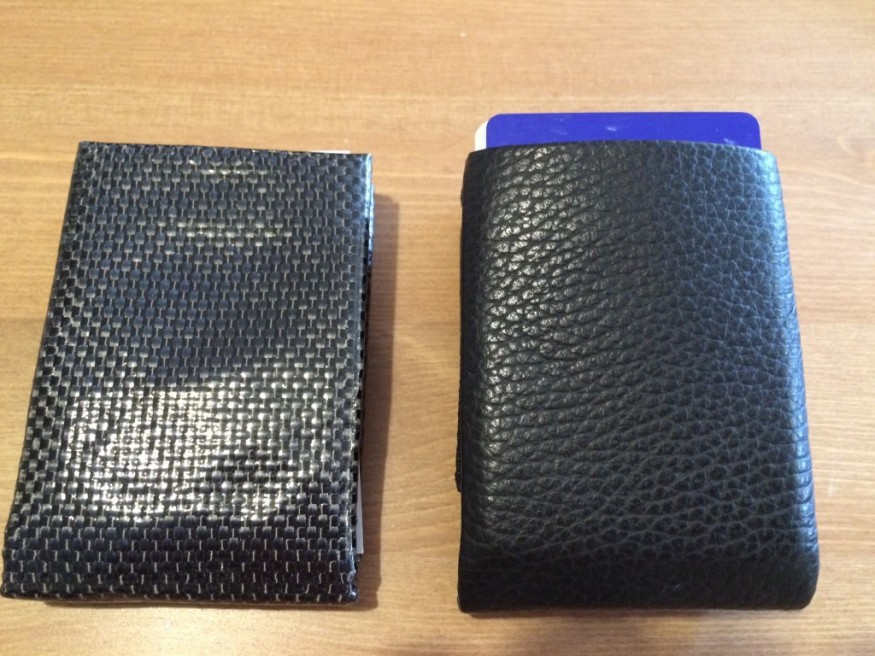 As with the purchase of any new product, proof of how good it is will be in the using so I will write a follow up review toward the end of January when I have had a chance to use both the leather and carbon fibre wallets in the real world.

For more details of the wallets check out the Nero Wallets website and their finished Kickstarter campaign.